Greg is a consummate geek who likes to live on the bleeding edge. He is currently working with Windows 8.1, Visual Studio 2013 and SQL Server 2014, all in Preview or CTP. Greg is one of the longest awarded Microsoft MVPs (Most Valuable Professionals), first receiving the award in 1998. He is also working on a course with Pluralsight that will be published later this summer. Greg is currently employed by UST Global as a senior architect where he works in the retail, media & entertainment and healthcare verticals. Greg has worked with SQL Server since version 6.5. Greg has lived in the Nashville area since 1997 and when he is not on the road performing geek duties, he spends time with his wife and four daughters in the Bellevue area of Nashville, Tennessee. 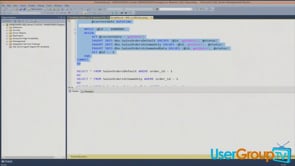