Tommy Falgout grew up in the swamps of Louisiana, but knew his destiny was with technology. After graduating with a BS in CS from Tulane, his first job was developing a useless feature in the 90's called Text Messaging. After automating himself out of a job, he found his way to Yahoo for 9 years where he managed the Operational Database for all Servers, VMs and network equipment in Yahoo's datacenters. He's now a Cloud Solution Architect at Microsoft which means he's paid to draw boxes and lines with acronyms in them. 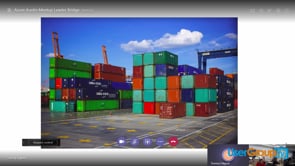