Tim is an ALM Architect/TFS Administrator/Scrum Master currently working for Dell in Round Rock, Texas. He retired from the U. S. Navy in 1996 where he was a nuclear technician and supervisor aboard submarines, as well as a certified navy instructor and instructor trainer. He has been working in the computer industry since 1996 as a developer, build master, and ALM Architect for various companies including Dell, Microsoft, and his own consulting company. Tim holds multiple certifications including Master Training Specialist, Scrum Master, and Universal Refrigerant Technician. He is a member of the Austin TFS User Group leadership team and is a TechNet Guru. Tim has been married for over 30 years and has 4 adult children and 5 grandchildren. In his spare time he resolves issues for his TFS customers, plays with his grandkids, and occasionally sleeps. 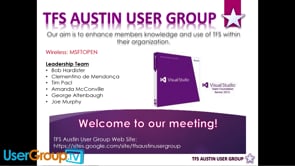 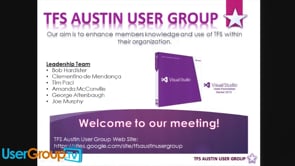