Mark Rosenberg has been writing software with Microsoft technologies since 1997. He has been speaking to user groups and at code camps since 2005 and been a certified trainer Since 2007. Mark likes to talk to developers and has been talking to anyone who will listen. He is very active in the community, both speaking at user groups and was on the board of 2 user groups in Southern California. He currently is working as an senior development instructor at New Horizons in Austin, TX 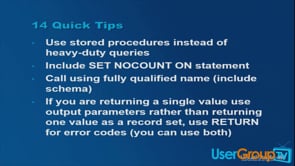