Joseph is a Senior Software Architect at ThermoFisher Scientific leading efforts to build big-data Scientific workflows via the new ThermoFisher Cloud platform. Joseph has written software used to check for drugs in Michael Phelp’s pee, detect life on Mars, monitor signals from brain implants, broker trucking cargo transport, prioritize billion dollar private equity decisions, and even wrote software used by Mythbusters to check for rat urine on soda cans. Joseph co-presented at AWS re:Invent 2016 with Mongo CTO Elliot Horowitz in 2016 and often presents at local developer and MongoDB user groups. He has a degree in Physics from Brigham Young University and a masters degree in Software Engineering from University of Texas at Austin. Joseph has been programming professionally for a couple of decades and for fun since his first Logo program on the Apple IIe. Joseph keeps busy in his free time mountain biking, teaching his 9 and 11 year old sons to program robots in Blockly, and singing along with his 4 year old daughter who has a Frozen obsession. 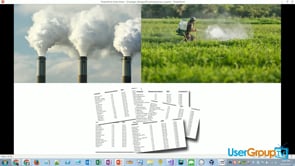