Ben is currently a Senior Full-Stack Software Engineer at Eventbrite, focusing primarily on front-end web development. He received his B.S. and M.S. from Stanford University in Computer Science with a concentration in Human-Computer Interaction. Fresh out of college, he helped build out Zazzle's front-end for nearly 9 years. Ultimately, he became the UI Architect responsible for building and maintaining Zazzle's UI framework. He also contributed heavily to the open-source UIZE JavaScript framework. Now at Eventbrite, Ben works on the Listings team charged with improving the main event details page used by every event that leverages the power of the Eventbrite ticketing platform. On the side, Ben loves playing around with new web development technologies and sharing his experiences with them. 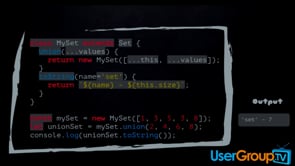 Sugar & Spice and everything nice about ES6